1. The U.S. is very suspicious of anything that is foreign; and

2. They will have a longer time to audit it.

With foreign accounts, six years is typical, and in some cases, the IRS has no limit. An FBAR (also called FinCEN Form 114), is a disclosure form for reporting foreign accounts. FBARs have a separate audit period, generally six years. For unfiled tax returns, criminal violations or fraud, the limits can be longer. In most cases, the practical limit is six years, but for some information returns the IRS can audit forever.

You might think that if you fix your tax returns or FBARs, you would reduce your audit time. However, the answer varies with IRS disclosure options. The main IRS program for offshore accounts is the OVDP, and in that program, once your closing agreement is signed, you are truly done, with no audits thereafter. But with the IRS Streamlined programs, there is no closing agreement.

(Please note that I added the hyperlinks in the above quote. Mr. Wood’s original post did NOT include these links.)

In an earlier post I referenced Mr. Wood’s article on America’s deadliest form – the “5471”. This is the information return for a “Controlled Foreign Corporation” (non-U.S. corporation). A failure to file the “5471” (which is a separate tax return) means that the statute of limitations never starts running. In general, U.S. citizens abroad should avoid carrying on business through a non-U.S. corporation – including the Canadian Controlled Private Corporation. 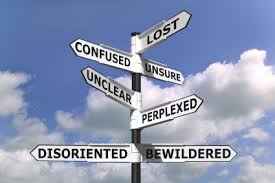